Recession Indicators and When To Diversify 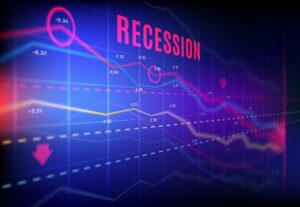 Whether or not you believe the United States is in a recession, you can explore key indicators that speak for themselves. While the historic definition of a recession has been understood as “two consecutive quarters of negative gross domestic product (GDP),” there are doubters. If this definition holds true, the US went into a recession as early as summer 2022. If the GDP numbers are not convincing, there are many other recession indicators. The US uses the consumer price index (CPI), the industrial production index (IPI), hiring rates and jobs data, retail sales (consumer spending), the Conference Board Leading Economic Index® (LEI), the stock market, and more, to identify a current or impending recession.

Gross Domestic Product (GDP) – The first half of 2022 showed an ongoing decline in GDP while the third quarter did show a 2.6% growth increase due to some international trade improvements. 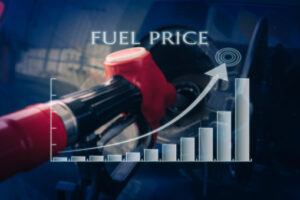 Consumer Price Index (CPI) – A 7.7% CPI is dismal as prices go up and the economy slows down. The impact is harsh on everyday American spending, from gas to groceries. Retail spending is still in the neutral range as the holidays approach.

Industrial Production Index (IPI) – The IPI reports a bit of good news, with higher production reports for September. This index is actually up 5.3%. An IPI score below 100 is considered poor, and the US score for October is valued at 104.7, up from last year and showing only a small decrease over the year. 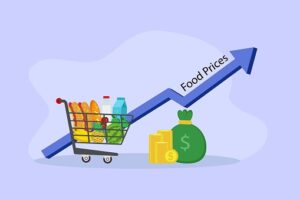 Stock Market – Stock market data is in the red as of November. The Feds’ continued raising of interest rates (to actually bring inflation down) is creating investor havoc. The stock market numbers are the worst since 2008.

National Federation of Independent Business (NFIB) – The NFIB index is down 0.8 points, with a reading of 91.3 – a 10-month low. This news comes on the heels of struggling small businesses due covid stimulus payments, hiring issues, and some goods restocking problems due to the transportation crises among other things.

Conference Board Leading Economic Index® (LEI) – decreased in October 2022 by 0.8% to 114.9, down 3.2% within a six-month period. The LEI fell for eight consecutive months. The Conference Board LEI is based on consumer outlook from high inflation, rising interest rates, and declining housing and manufacturing markets. 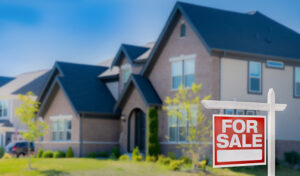 Housing Market – The numbers for home building dropped 8.1% between August and November. This drop is due to higher prices and increased borrowing. When the housing market slows, consumers have difficulty buying and selling with a natural slowdown in construction.

Jobs Data – The unemployment rate improved to a low 3.7% post-covid and jobless claims are improving (from 170,000 in March to 225,000 in November). The job numbers news is perhaps the best anti-recessionary news for the country.

These recession indicators tell the real story when it comes to the state of the nation. While the numbers change readily—and we hope they do for the better—there is no doubt the country is in a longer-term recession. Keep in mind, recessions are not uncommon. The last recession was as recent as 2020 but only lasted three months. In 2007, the nation experienced a year-and-a-half recession.

Recession and When To Diversify

A recession is not exactly a time of joy, but it is a time to revisit your financial portfolio. There are a number of considerations when you decide to diversify: your tolerance for risk, your overall financial goals, your age, and your current and future needs. What type of portfolio do you currently own: speculative, aggressive, hybrid, or income? Do you need to make a change?

With the value of the dollar at a vulnerable state, investors often find this a good time to diversify. A mix of cash, stocks, equities, bonds, notes, real estate, and gold IRAS are some of the investments shown to give investors peace of mind. Gold is a tangible asset that is not controlled by government.

During a recession, the price of gold is historically shown to rise. The period between a true recession and before gold prices rise is often the best time to invest in gold. At Reagan Gold Group (RGG), we understand why gold is called “a hedge against inflation.” Make the right decisions for your financial future now while you still have time. Give us a call today, and we’ll answer your questions about the advantages of gold at a time like this. 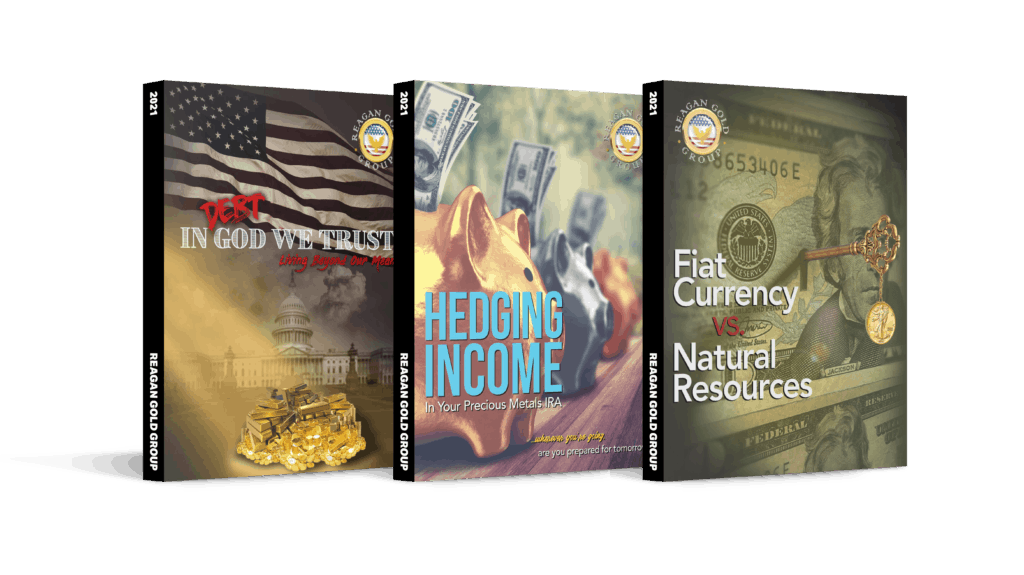